The construction trades lend their hands, skills and time to worthy causes.

They are responsible for building hundreds of thousands of residential and commercial structures across the state each year, yet many of the efforts New Jersey’s construction trade unions are most proud of go well beyond excavating earth and hanging drywall. These organizations volunteer their time and expertise to a wide variety of charities and causes, helping the poor, disabled, veterans and other local populations in need.

“Volunteering is in our bloodline,” says Anthony Abrantes, vice president of Local 254 of the KML Brotherhood of Carpenters, whose efforts range from helping veterans and people with disabilities, to supporting food drives, blood drives, childcare initiatives, and community-based projects like constructing gardens and Little League dugouts. “Many of our members are volunteers and leaders in their respective communities, and that philanthropy carries over into our membership. We pride ourselves in not only fighting for better wages and working conditions, but building better communities.”

Members of Local 254 and Local 485 alone volunteer approximately 2,000 hours of service annually, helping hundreds of people and/or local organizations within its communities. This includes the Preston &amp; Steve’s Camp Out for Hunger, an annual drive in its 22nd year that last year fed more than 700,000 people in the Delaware Valley. Members of Local 254 have also helped build a youth boxing ring for the Police Athletic League in Parsippany, provided maintenance work for the Morristown Neighborhood House, and hosted a semi-annual food drive for Operation Jersey Cares, a volunteer organization whose mission is to help US troops overseas (as well as returning wounded servicemen and women and veterans in nursing homes). Other groups Local 254 supports include the National Multiple Sclerosis Society New Jersey Metro Chapter, Raritan Bay Medical Center Foundation, March of Dimes, Hands of Hope Food Pantry, St. Jude’s Children’s Research Hospital and others.

In addition, Local 253 of the KMI Brotherhood of Carpenters works with Special Olympics, Boys and Girls Club, Red Cross, Rebuilding Together, and the Susan G. Komen Race for the Cure. “One group our members really love to help in the community is our veterans,” Local 253 Senior Council Representative George Schreck says. “Veterans, of course, deserve our thanks for their service to our country, and our members make sure to assist in the construction needs at veterans facilities, including housing. They have also taken part in Wreaths Across America, and the building and set-up of the ‘Moving Wall’ Vietnam Memorial display throughout New Jersey.”

The International Brotherhood of Electrical Workers (IBEW) Local 102 is also active in volunteer efforts, with a large percentage of its projects directly related to the trade – whether it be wiring a scoreboard at a local field, provid-ing the electrical needs at Boy Scout Events, or delivering the workforce to set up and take down temporary structures for the annual 4-H fair.

“At Local 102, we’ve had a longstanding tradition of being involved in the communities we serve,” says President and Business Representative Bernie Corrigan. “It’s a great feeling to give back and help those in need, to have an impact on someone’s life. Winston Churchill said it best: ‘You make a living by what you get. You make a life by what you give.’”

By far, Local 102’s largest footprint in the volunteer arena is with Habitat for Humanity, with its members partnering with contractors to provide the materials and labor needed for each home it helps build in the region. Spearheaded by member Matt Buckelew, Local 102 and its team of volunteers has completed 15 homes since 2010, nine of them with solar power. On the electrical side, each home requires an estimated 250 hours of work and a conservative value of $10,000 per home, the organization says.

“At the core of every labor organization is the desire to provide our members with a better quality of life,” Corrigan adds. “Forums like Habitat allow us to reach outside of our organization and have a direct impact on a family’s future.”

For the International Union of Operating Engineers Local 825, volunteering is often a family affair, with members and their loved ones donating hundreds of hours and thousands of dollars to their communities. The organization hosts multiple events to benefit its scholarship program – including a motorcycle power run, golf outing and clay shooting event – which gives scholarships totaling $10,000 spread over four years to children and grandchildren of Local 825 members. “These are awarded based on academic criteria, understanding of organized labor, athletics and community service,” says Kate Gibbs, deputy director of Local 825 – Labor-Management Fund. “In 2019, the total number was expanded to 10 students who would receive scholarships totaling $100,000 contributed by members and contractors toward the scholarship fund.”

Many 825 members are military veterans, and the union’s commitment to the armed forces is evident. Each year, the U.S. Army Corp of Engineers utilizes 825’s state-of-the-art training center facilities and grounds to update their skills, while the New Jersey State Troopers practice aerial rescue and rappelling from the tower cranes on the property. The union has also formed a member-to-member mentorship program designed to help anyone going through struggles like addiction, anxiety, substance abuse or “just in need of a friendly ear with complete confidentially,” Gibbs says.

Many members of 825 also serve in elected and volunteer roles in their communities: on local boards of education; municipal councils; committees; and as local scout leaders and youth sports coaches – all totaling tens of thousands of hours every year. These members are also committed to responding to local and state emergencies with both manpower and equipment, most notably during Superstorm Sandy in 2012, when they worked with first responders and donated bulldozers, cranes and other heavy machinery to help get New Jersey’s communities up and running again.

Finally, a marquee event for Local 825 is the Toys for Tots drive – part of its annual holiday party – for which members are asked to contribute an unwrapped toy. Working directly with the United States Marine Corp Reserve Unit of Red Bank, the organization’s efforts last year saw the collection of thousands of toys worth between $40,000 and $50,000.

“When the Marine Corps goes around collecting all the toys throughout New Jersey, we are the single biggest pickup,” Gibbs says. 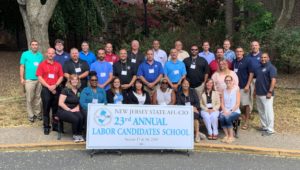 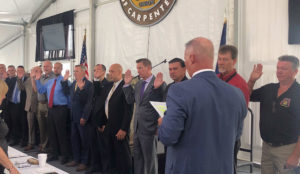 Recently at the Council Delegate meeting held in Pittsburgh, PA on August 10th the Delegate Body Elected Local 254 member and Senior Council Representative /Team Lead – Anthony Abrantes along with the other officer to the Council Executive Board which oversees jurisdiction in 7 States and the District of Columbia. 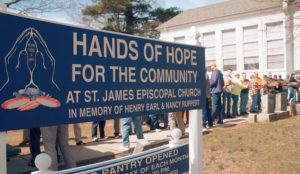 KML Local 254 assisted Hands of Hope At St. James Episcopal Church unload food for their holiday food bank drive. The carpenters help Hands of Hope 3 to 4 times a year as a part of their commitment to give back to the community. #unioncarpenters #handsofhope 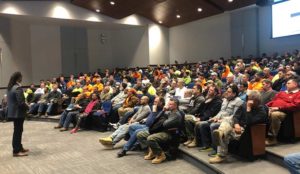 Last Wednesday Local 254 hosted keynote speaker Phil Gwoke from Bridgeworks in front of a crowd of 250 members. They spoke on generational curiosity, problems, questions, concerns, needs, or conundrums. They also discussed the impacts on businesses and organization when it comes to generational differences. The importance of working together and being the most productive and impactful workforce was also discussed between Phil and our members. Learn more about Phil here.